Neon lights have been associated with bars for over a century.  Neon is intrinsically linked with enjoying a drink, whether it is the welcoming orange glow of a ‘Bar Open’ sign or walls hung with neon signs advertising well-known brands like Budweiser, Miller Lite and Jack Daniels.  Modern LED neon is the perfect choice for signs both inside and outside your bar.  As well as providing signs for pubs, we also have a range of neon wall signs that are ideal for a home bar.

An eye-catching and welcoming sign is essential for attracting customers to your bar.  We have plenty of experience helping businesses design outdoor signs, and we can help and advise you on the best sign for your bar.  Having a LED neon sign for a bar is a good choice as they are hard-wearing, versatile and economical to run.  You may be thinking of the traditional neon signs with the glass tubes producing an orange glow, but modern faux neon signs are much more practical and come in various shapes and colours.  LEDs can be crafted to make everything from a swinging, outdoor pub sign to a bright, high-tech, lighted bar sign.

If you are lucky enough to have a home bar, a neon light could provide the ideal décor.  Whether it is a personalised sign over the door or funny sayings made into wall art, a neon sign is a great finishing touch. 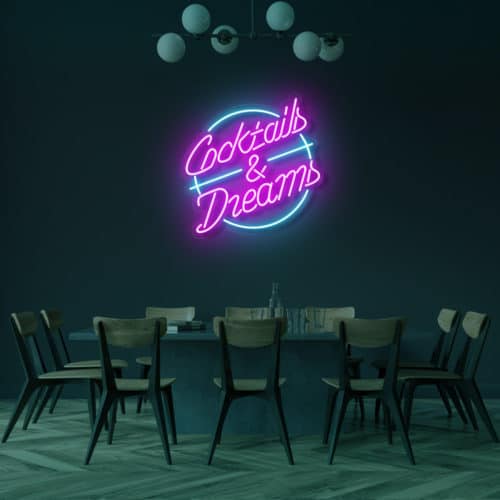 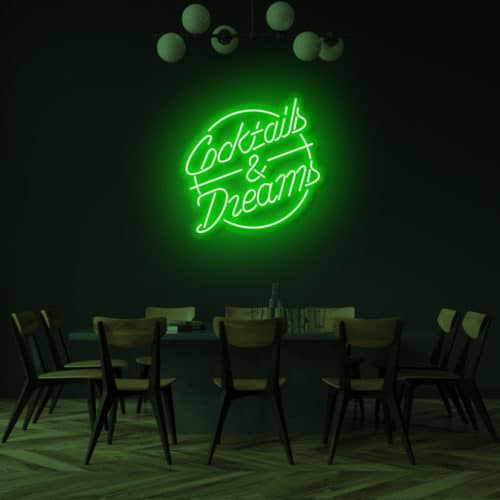 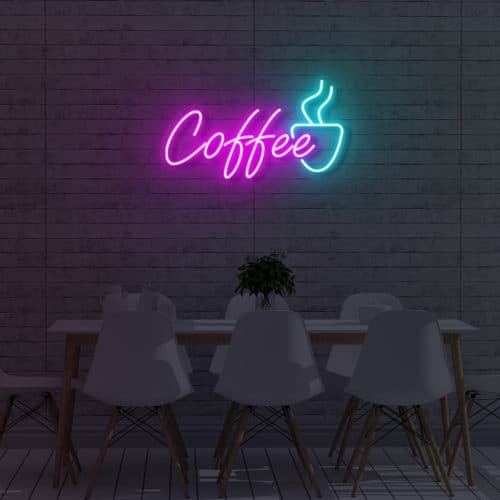 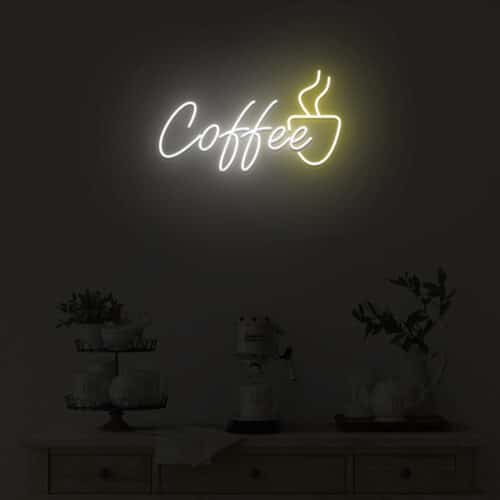 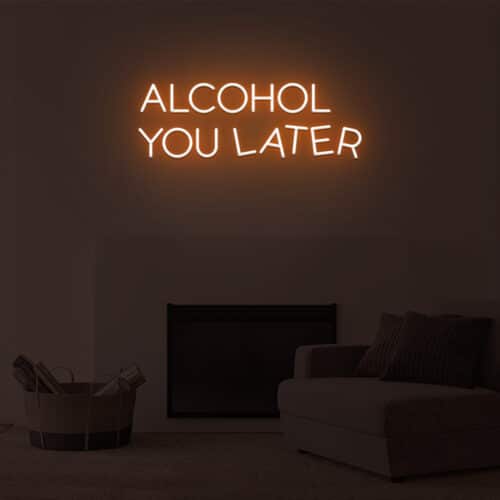 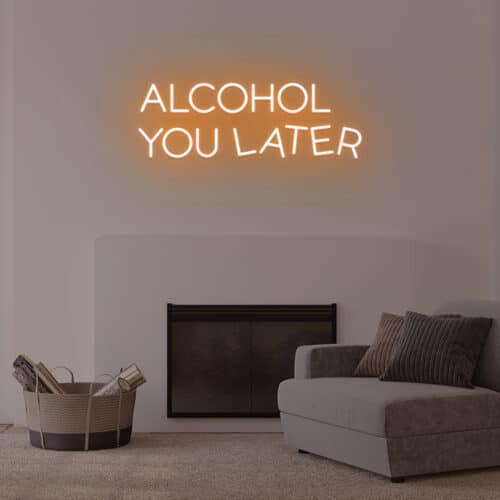 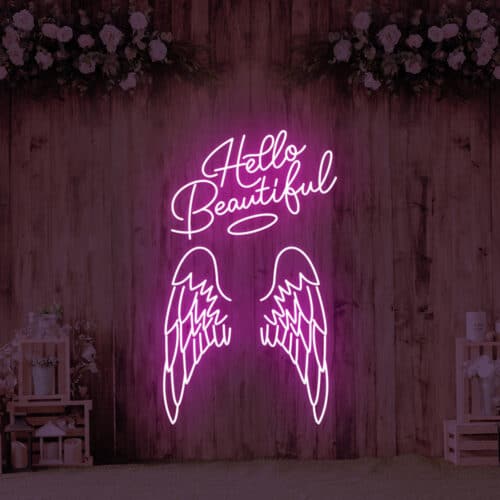 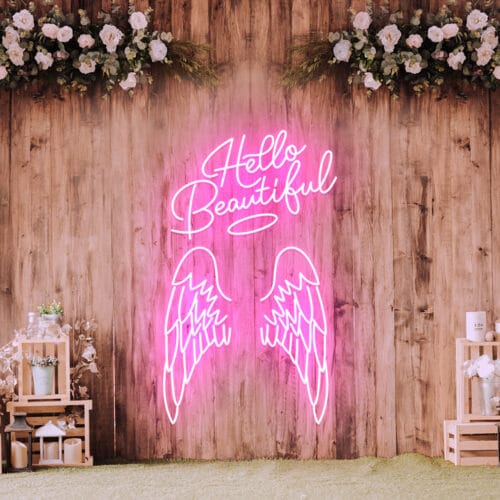 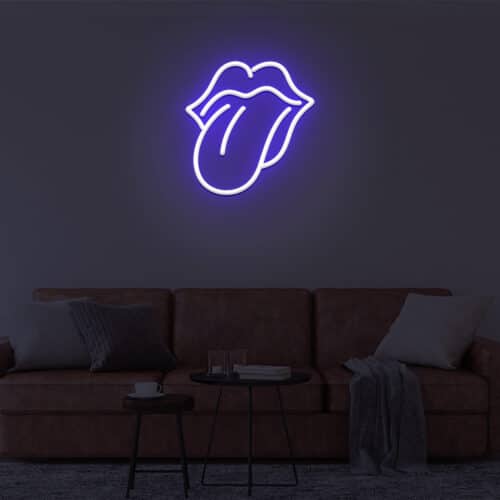 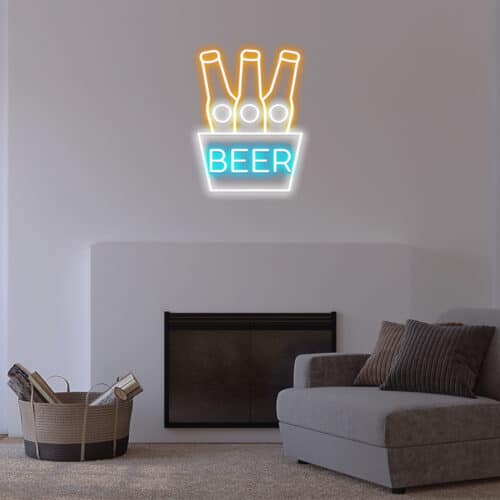 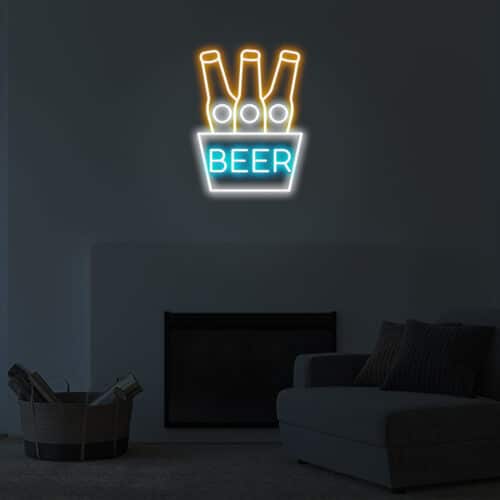 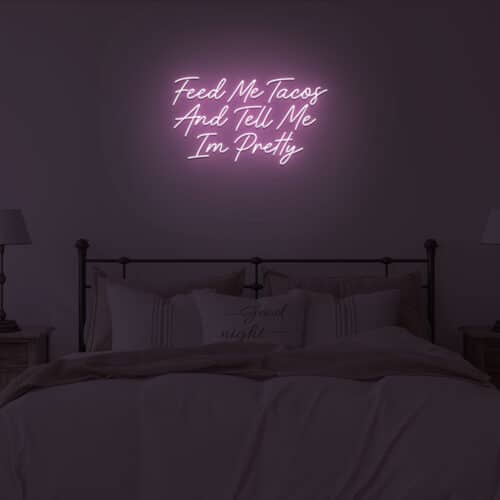 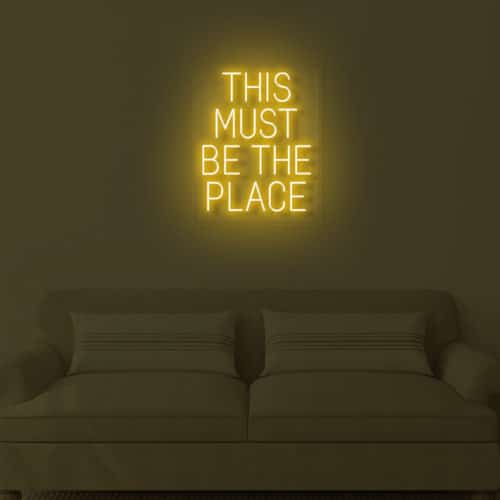 Having clear signage is essential inside a bar, helping to create a relaxed and welcoming vibe. Using neon lighting is a great choice, whether it’s directing the way to the pub toilets or pointing to where the games room is located, as neon is bright and easy to read.

A popular trend is making a sign from neon writing to hang on your walls. Having some neon wall art allows you to give your bar some unique personality, whether it is something funny, motivational, or a picture of a cocktail.

Custom neon signs are becoming very popular, and we have a Bespoke Neon Sign Builder to help you with your design. Having signs with your bar’s name or logo both inside and outside can help build your brand. If you have a home or garden bar, having a personalised pub sign incorporating your name is always fun. Please get in touch if you need help making your own neon sign.

Create your own now

Making a custom neon sign for a home bar is a great idea and can make a brilliant gift. Adding your name to the sign gives it a personal touch. Suggestions you could use are ‘Tim’s Garden bar’, ‘Dave’s Drinking Den’, ‘Paula’s Gin Palace’, ‘Dad’s Bar’, ‘Vicky’s Private Pub’ or ‘Bill’s Pub in the Shed’.

Thanks to artists like Tracy Emin and Andy Warhol, turning quotes and funny slogans into neon wall signs have become a trend that shows no sign of dying out. Here are some ideas if you are looking for inspiration for LED writing signs.

You may want something slightly longer to encourage your customers to have another drink, so you could have neon writing saying ‘Grab a beer and stay awhile’, ‘Candy is dandy, but liquor is quicker’, ‘Resist everything except temptation’ or ‘Stop Thinking, Start Drinking’.

You could be looking for something a bit longer for your illuminated bar sign. In that case, you could consider ‘Alcohol won’t solve your problems, but neither will water’, ‘Today’s soup – whisky with ice croutons’, ‘Have a drink, because no great story started with eating a salad’ and ‘Drinking rum before 10 am makes you a pirate, not an alcoholic’.

Having décor linked to drinking is an obvious choice for both a home bar and a commercial bar. It could be something as simple as an image of beer bottles or a cocktail glass. Using the names of popular drinks to decorate a bar has been a common sight. Having neon logos of drinks such as Miller Lite, Budweiser, Coors, Jack Daniels, and Guinness on the walls of a bar are familiar sights.

There are lots of different names for drinking establishments. Some come from historical references, while others refer to locations or the main type of alcohol offered.

Bars are so-called in reference to the countertop where drinks are served. Bars are often called pubs in the UK. Pub is an abbreviation of Public House, a term that has been in use since the 17th century when Samuel Pepys called pubs “the heart of England”. They were called Public Houses as they were open to everyone, unlike a private house or club where you need an invite or to be a member.

We got the word tavern from the Romans, and from the Anglo-Saxons, we got alehouse. Since medieval times, inns and hostelries combined offering overnight accommodation with bars serving drinks and food. A taproom was initially part of a brewery but could also refer to any bar serving beer on tap. The phrase beerhouse was also used in the 1800s in England. Most of these terms are no longer commonly used.

From more recent times, especially in America, we get words such as saloon, speakeasy, and roadhouse. A saloon bar was originally part of a pub with more comfortable seats and higher prices where the more well-off drinkers spent their time. In the American West during the 1800s, a saloon was where cowboys did their drinking. A speakeasy was a bar that illegally sold alcohol during Prohibition. A roadhouse is a bar on the main road, usually outside of the city limits, so not subject to the city’s regulations.

As may seem obvious, a beach bar is a bar on a beach. Usually, in a warm climate, these bars can be a simple counter with drinks or serve elaborate meals at tables along with drinks. A pool bar usually has underwater stools, and you can swim up and order a drink without getting out of the water, again popular in hot weather. A rooftop bar is usually somewhere with a great view, often on the top floor of a hotel in a city.

A local is a typical English expression for a pub, usually close to where you live, that you visit regularly. The watering-hole is a term for a bar, usually visited by people finishing work, likening workers unwinding to animals congregating at water sources in the wild. The nineteenth hole refers to a bar on a golf course that players visit after finishing playing a game, as the average course has eighteen holes.

Many countries had local idioms for bars that sold drinks in ways against the law and that are still in use today. A shebeen was an Irish word for a place to drink illegally but is now often used in South Africa. A sly-grog shop is an Australian phrase for somewhere to buy alcohol illegally.

A sports bar is a modern concept and usually refers to a bar that has several large screens showing different sports. A gastropub offers drinks, but the main focus is serving high-quality food. An Irish pub is mainly used in America to refer to a traditional bar serving Guinness and Irish whiskey and often has live music. A tiki bar has a décor based on cliched ideas of South Sea culture, although the word tiki comes from the Maoris in New Zealand. They tend to have lots of bamboo, tribal masks, crudely carved stone idols, grass skirts and flower garlands decorating the bar, and they serve cocktails, lots of cocktails!

Many bars are named after the kind of alcohol they predominately serve. So you can find wine bars, cocktail bars, champagne bars and vodka bars. Interestingly, gin bars have several specific names, including gin joint and gin palace. Usually, these bars will serve other types of drinks as well as the one featured in their name.

If you have a home or garden bar combining any of these alternative words for a bar with your name can make a fun neon sign, for example, ‘Jo’s Gin Palace’, ‘Sam’s Speakeasy’ or ‘Welcome to Chris’ Tavern’.

My cart
Your cart is empty.